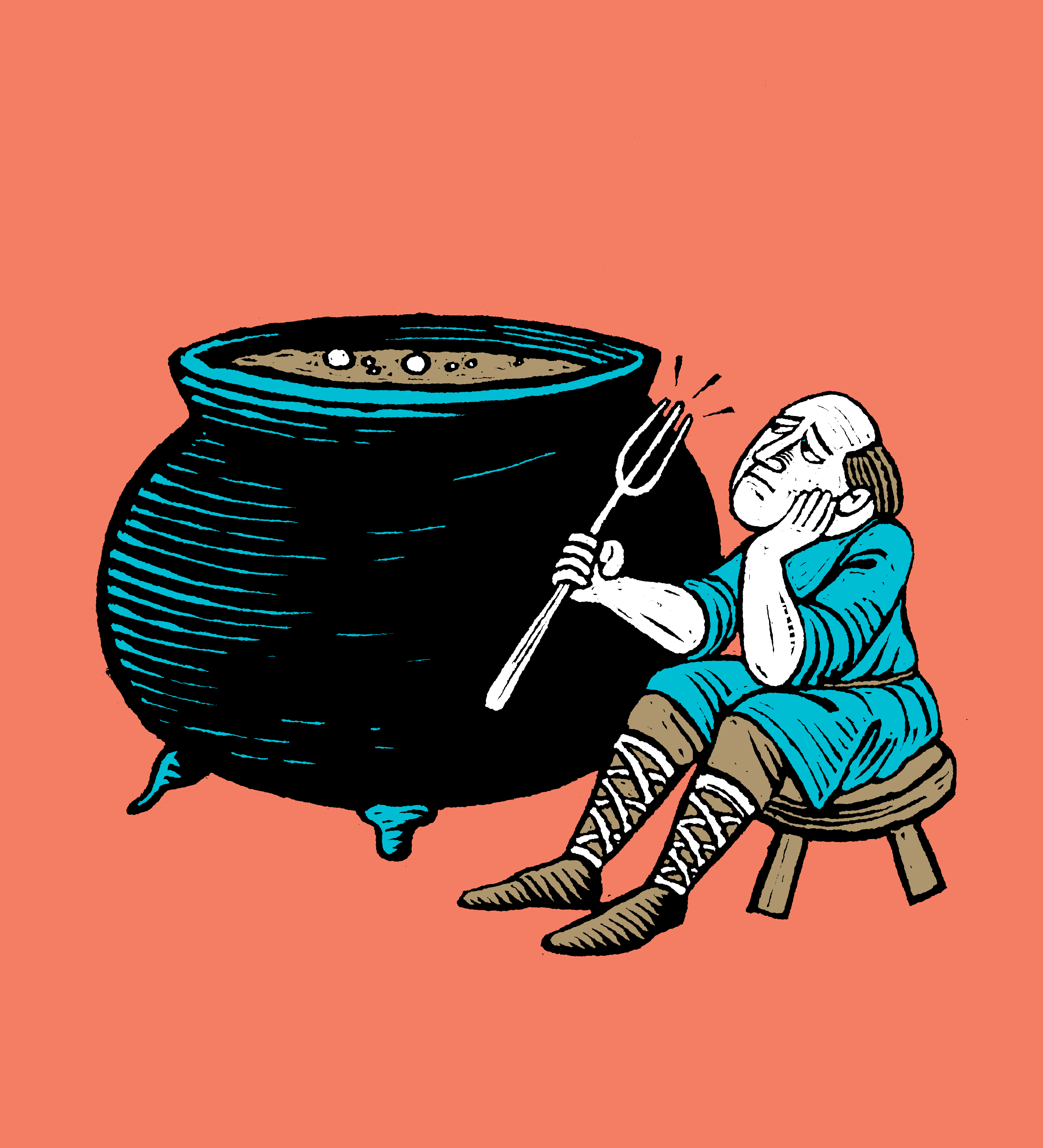 People in Northern Europe started to use cutlery for eating only in modern times. Before that, people usually ate with their hands, no matter how noble they were. In the Middle Ages, forks would have been larger implements used in cooking, farming and warfare.

The modern Irish word forc ‘fork’ is actually quite old and is a borrowing from Latin furca rather than from English, as might be expected. Medieval Irish tales tell of large, three-pronged forks being used to fish meat out of the pot in which it had been boiled. Such forks are sometimes known in English as ‘fleshforks’.

‘The Tale of Mac Dathó’s Pig’, parts of which might have been composed in the eighth century, says that there used to be five royal hostels in Ireland. In each of these, there were seven cauldrons and in each of the cauldrons an ox and a side of pork were always boiling. Every guest arriving at a hostel would go to the cauldron, thrust their fleshfork into the cauldron and eat whatever they took out. The unfortunate guest who got nothing from their first attempt would not be allowed a second chance.

The word for a cauldron in early Irish is coire or caire. Over the centuries, this word has been used to refer to many kinds of containers for hot, bubbling liquid. In Scottish Gaelic, coire usually means ‘kettle’, while in Modern Irish coire can be a big pot or a boiler for heating a house. During the Great Famine of the nineteenth century, enormous pots or ‘boilers’ were supplied throughout the country to alleviate starvation. These were known as coirí gorta ‘famine pots’.