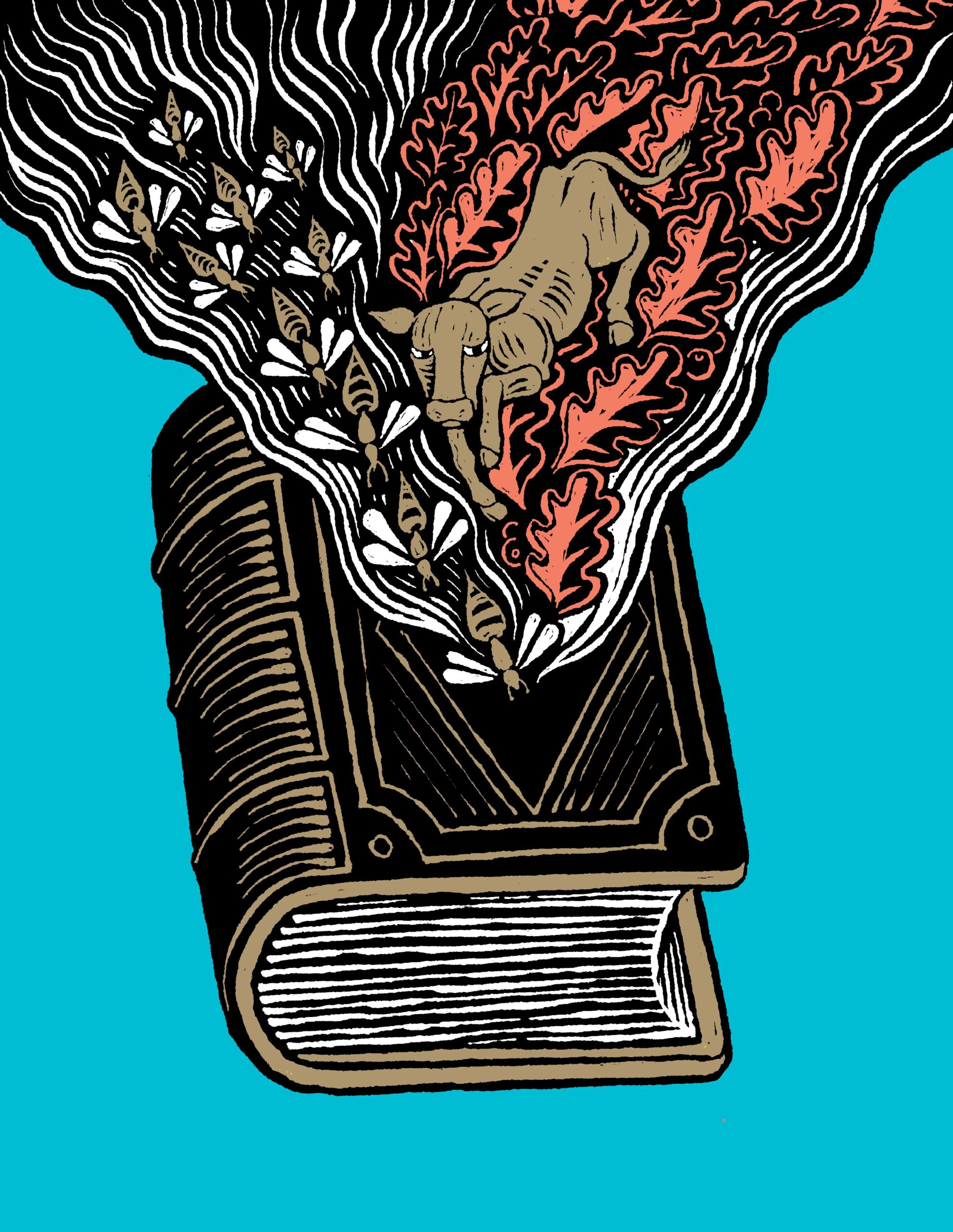 Books were introduced into Ireland with Christianity in the fifth century, and like many other words associated with writing, Modern Irish leabhar ‘a book’ is a borrowing from Latin.

The books of the Middle Ages were manuscripts made from the skins of animals, often calves. This material was known as vellum. The earliest surviving book written (almost) entirely in the Irish language is Leabhar na hUidhre; it is called ‘The Book of the Dun Cow’ in English, from the tradition that the manuscript’s vellum was prepared from the hide of a dun-coloured cow belonging to St Ciarán of the monastery of Clonmacnoise in Co. Offaly.

‘The Book of the Dun Cow’ was written in the late eleventh and early twelfth centuries. Only 67 leaves of this manuscript have survived but we know that this was once a much larger book. Other surviving manuscripts give us a sense of just how large medieval books could be: Leabhar Mór Leacain ‘The Great Book of Lecan’ was written in the fifteenth century and 311 leaves of it can still be seen in libraries today.

Paper did not become common for the writing of manuscripts until the seventeenth century. Indeed, when an Irish scribe wished to complain about the new material he was working on in 1616, he actually used the English word ‘paper’ to express his frustration – is olc garb in paper, he wrote, ‘the paper is bad and rough’. As paper became more widely used, the English word eventually came into Irish as páipéar.