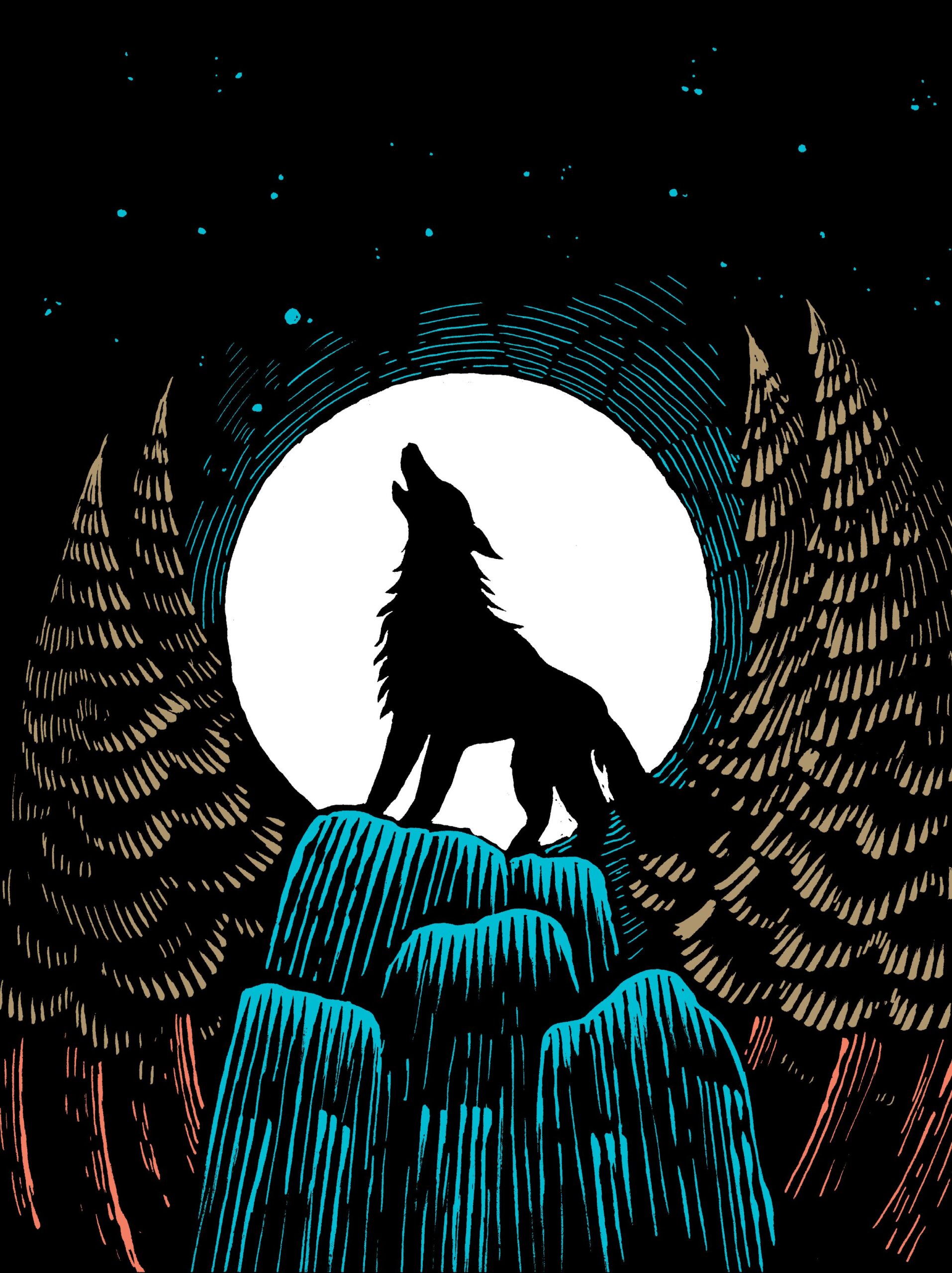 It is thought that the last wild wolf in Ireland was killed in Co. Carlow around 1786. In previous centuries, a large population of grey wolves lived on the island and often posed a danger to its human inhabitants. According to the Annals of Connacht, in the year 1420 ‘wolves killed many people’; other sources describe in detail how wolves preyed upon the bodies of the dead after battle.

In the seventeenth century, an ‘anti-wolf campaign’ led to a rapid decline in the number of wolves in the country as their habitats were destroyed, professional wolf-hunters were hired and rewards were given for the killing of wolves. It is likely that wolves were hunted in Ireland long before the seventeenth century, though. The early word fáelaire may have meant ‘wolf-hunter’.

There is a similar word, fáelad, which forms part of a man’s name. Laignech Fáelad is associated with the area of Ossory (around counties Laois and Kilkenny); the second part of his name is taken to mean ‘behaving like a wolf’. Medieval Irish traditions claim that Laignech and his descendants turned into wolves and killed livestock. Ossory is also the location for a separate werewolf-tale told by Gerald of Wales, who travelled in Ireland in the late twelfth century and wrote an account of his experiences there.

Throughout history, the wolf has been most commonly known in Irish by the kenning mac tíre ‘son of the land’. Kennings are figurative expressions which sometimes serve as a way to avoid saying specific words. In many cultures, words for wolves are avoided, perhaps because people fear that mention of the actual name will summon the animal. It may have been fear, then, rather than affection which prompted the Irish to name the wolf ‘son of the land’.