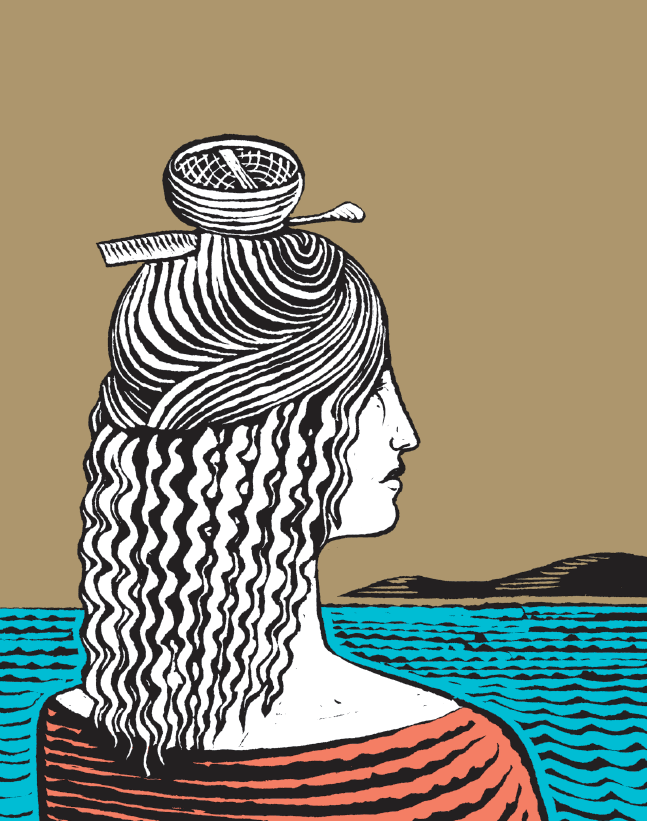 The most common word for ‘hair’ in Modern Irish is gruaig and the names for many modern hair-styles contain this word: síntí gruaige are ‘hair extensions’, gruaig spíceach is ‘spiked hair’ and gruaig shúgánach means ‘dreadlocks’ (from súgán ‘a rope made of straw’).

Hair has played an important part in Irish society over the centuries. In the late medieval period, praise poems often paid special attention to a person’s hair. These poems give the impression that long, wavy and fair hair was considered particularly attractive for men as well as women, and early Irish law has distinct rules concerning long hair. Punishable offences included pulling an opponent’s hair in a fight and cutting off a person’s hair.

References to hair in medieval Irish tales and poems also show creative uses of language, as words for everyday things are used to describe individual styles. A parting in hair is called a clad, which usually means ‘a ditch’, and curach, which is a term for the boat known as a coracle, seems to be used to refer to a top-knot. In the tale of ‘The Cattle-Raid of Cooley’ a man is described as having fine, fair, close-cut hair ‘as if a cow had licked it’!

In 1537, Englishmen were discouraged from copying the Irish fashion called the glib. Around 1596, this style was described by the English poet Edmund Spenser as a ‘thick curled bush of hair, hanging down over their eyes’. It is probably also the style seen in a woodcut by Albrecht Dürer, dating from 1521. Modern Irish gliobach, which means ‘dishevelled’ or ‘shaggy’, comes from the sixteenth-century glib.