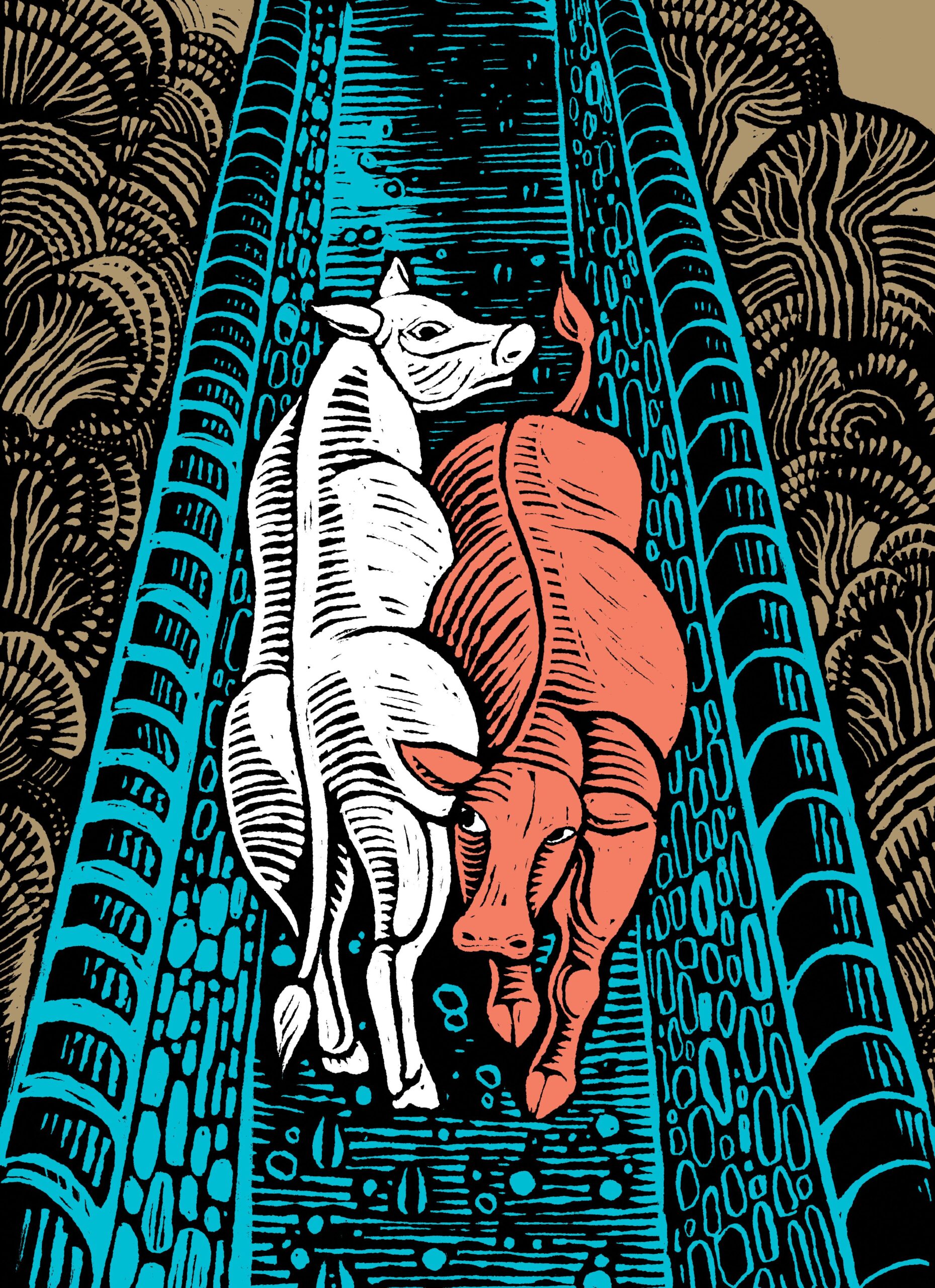 Although not the true origin of the word, medieval scholars suggested that the Irish word for a cow (bó) comes from the sound the animal makes.

Cows have played an important role in Irish history. In medieval times, a high value was placed on cattle and on milk-producing cows in particular. In fact, the cost of something or the amount due in taxes or fines was often expressed as a certain number of cows: a female slave was worth three milking-cows, the work of composing a poem called a laíd was valued at one milking-cow and the compensation due for knocking out someone’s back teeth could be anything up to two cows!

Cows have left their mark on Modern Irish words like buachaill; this means ‘boy’ today, but buachaill derives from earlier bóchaill, which meant ‘cowherd’. Bóthar, which is the general term for a road in Modern Irish, seems to have originally meant ‘cow-path’. In an Old Irish text which explains the meanings of words, it is claimed that a bóthar was a track wide enough for two cows to pass. The bóthar was one of several types of road mentioned in medieval Irish manuscripts, others being slige (on which two chariots could pass), rót (on which one chariot and two riders could pass), lámraite (a road connecting two major roads) and tógraite (a road leading to a forest or a mountain).

Despite this detailed system of referring to different kinds of road, there is no reason to think that there was an extensive network of roads in medieval Ireland. That the country was not easily traversed, even in the mid-sixteenth century, is clear from accounts of the journey Thomas Radclyffe, Lord Deputy of Ireland, undertook between Limerick and Galway in 1558. Apparently, Radclyffe took two full days to cover a distance of around sixty miles.

To understand the importance of cattle in an agrarian society such as early medieval Ireland To gain some insight into non-monetary value-systems To become familiar with examples of onomatopoeia in English and Irish To think about spelling conventions in different languages To gain research skills, investigating local traditions and folklore